(Update December 31, 2019: While I greatly support the Beer Culture Summit and the Chicago Brewseum’s mission, I have since left the organization and will be pursuing my own projects.)

On a sunny August day last year, I was driving north on the Dan Ryan expressway with Chicago Brewseum founder and director Liz Garibay, bound for lunch at Forbidden Root. We’d just left a meeting about the Chicago Brewseum’s exhibit, “Brewing Up Chicago,” then still in production. It’d been a long morning—I’d driven up from Purdue University for the meeting and was hungry. But with someone like Liz the wheels never stop turning, even in Chicago traffic.

She wanted my take on an idea she’d been mulling over. See, the world of beer is filled with insightful thinkers from all walks of life. Of course they conversed and worked together, but varied professional circles, busy schedules, and inertia kept them apart just as often. So why not create a hybrid space where they could meet, cross-pollinate ideas, and share these conversations with the public? Liz was planting the seeds of the Beer Culture Summit. I was eager to help any way I could.

Now those seeds are bearing fruit. Set for October 24-27, the Chicago Brewseum’s inaugural Beer Culture Summit isn’t an industry conference—or an academic conference, or a museum conference. It will combine all three to form a new, public, and innovative celebration of beer history and culture. Organized in collaboration with the Smithsonian’s National Museum of American History and in partnership with the Chicago Humanities Festival, the Summit comprises a 4-day event series of conversations, tours, public presentations, and even a beer release. The schedule includes a who’s who of prominent voices in beer like Theresa McCulla, Chalonda White, Ray Daniels, Julie Veratti, Randy Mosher, Maureen Ogle, and so many others.

They’re all coming to take part in vital and informative conversations about beer culture. Topics range from the distant past, like ancient beer, to contemporary cultural debates, to the future questions and concerns beer’s best thinkers will someday tackle. Whether past or present, broader social concerns about gender relations, race, class, urban development, and others will be emphasized. How can they not? Beer, as Liz likes to say, is more than a beverage. It’s a force for change, a magnet drawing people together. It affects our senses, seeps into our interactions, and presses us to consider the big questions both timeless and topical. The Summit has gathered some of the best minds in beer to help move these conversations forward—over a pint, of course.

Most importantly, the Summit goes out of its way to make sure these conversations cross professional boundaries and aren’t cloistered or stuffy. Scholars, brewers, journalists, and museum professionals are all sharing stages. Events take place in museums, breweries, restaurants, and bars around Chicago. Panels pair brewers, scholars, journalists, and other experts together in common cause. They’re accessible and open to the public—scholars will share cutting edge insights in local taprooms, brewers will pour historic beers in Wrigleyville’s Nisei Lounge. Liz herself will lead a walking tour through Old Town speakeasies. And a newly released collaboration beer, called Ella, will embody brand new research being conducted on Wisconsin’s storied history of hop cultivation, being conducted by Professor Jennifer Jordan at the University of Wisconsin-Milwaukee.

The journey of the Summit, from Liz’s vision to reality, has had one defining trait above all others: collaboration. The Chicago Brewseum is hosting the Summit in collaboration with the Smithsonian’s National Museum of American History, but also partnering with the Chicago Humanities Festival, the Field Museum, the Chicago History Museum, and several local breweries and businesses. Nearly everyone we asked about presenting at the Summit agreed in a heartbeat, and just about everyone who couldn’t make it asked about next year. The community wants these conversations, they want ever more questions about beer culture answered, and they want to speak openly, candidly, and constructively.

Back in 2018, something like this was out of a dream. I immediately understood the potential of something like the Summit, having participated in several conferences that were packed with amazing insights and research, but with no brewers in the room to hear it. And now, having helped write the program and seen glimpses of what these amazing presenters have in store, I feel like I’m witnessing the birth of something special. The Beer Culture Summit, I expect, will become an annual forum for conversations that can’t quite happen anywhere else. 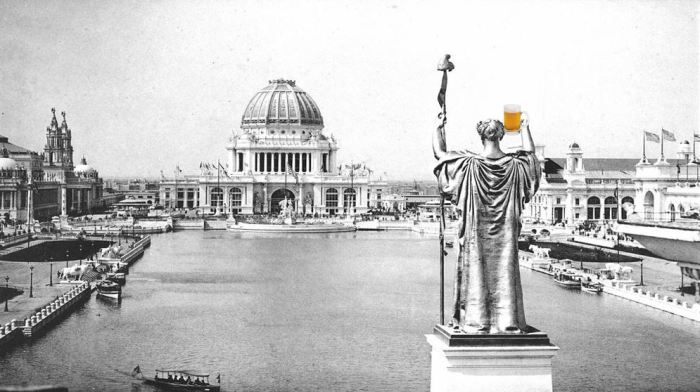