Read on to learn about some specific projects, but I’m always looking for new connections and opportunities, such as:

‘Every Can Counts’: Boycotting Coors in Colorado, the Castro, and Beyond

A companion to my podcast (also on Good Beer Hunting), this article explores the Coors boycotts of the late 1900s, particularly how queer organizers in California (alongside Hispanic/LatinX, Black, Indigenous, and other underrepresented groups) partnered with labor unions to form one of the largest consumer movements of the century. For many across the country, Coors beer became synonymous with ultra-conservative politics, bigotry, and worker exploitation.

In 2018, the Chicago Brewseum invited me to help design a new exhibit for the Field Museum. Brewing Up Chicago: How Beer Transformed a City explores how breweries and the communities that build them shaped the Second City’s early years. From beer-laden schooners on the Great Lakes to riots in the streets, Chicago’s brewed culture helped build—and rebuild—a city from the ground up. The exhibit debuted in November 2018 and is expected to run through early 2021. 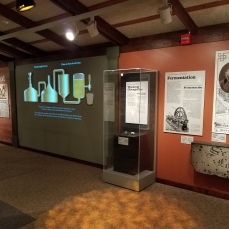 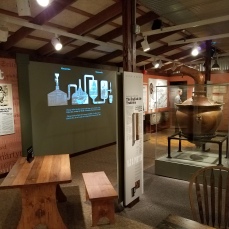 From May 2018 to December 2019, I worked extensively with the Chicago Brewseum, a nonprofit cultural organization, to help craft a wide array of wonderful programming. In addition to the Brewing Up Chicago exhibit, I helped organize public talks, events, historical beer collaborations, educational programming, and social media content. Here is some of the amazing work we did.

The first of its kind (and now held annually), this hybrid conference format put beer-focused scholars, museum professionals, and industry experts in conversation with one another and the public. The Beer Culture Summit pulled back the veil on the latest thinking about beer culture  via panels, celebrations, tastings and dinners, as well as public events like walking tours. An inclusive and rewarding event, the Summit offers an innovative way to advance our understanding of beer history and culture.

I assisted Chicago Brewseum director Liz Garibay in developing the Summit concept and program, and contributed to a few panels.

The Chicago Brewseum periodically releases collaboration beers which pair breweries with cultural organizations to illuminate histories and stories which bring us together. I’m no brewer, but I’ve had the pleasure of contributing to some of these collabs as a researcher and writer.

In 2019, I helped the Brewseum break out of Chicago via two event series. We partnered with local museums, nonprofits, and breweries to explore how beer history could bring both locales together.

In September 2019, we flew to the Emerald City to join Pilchuck Glass School in unveiling Beer + Glass, a joint exhibition about the power of glassware. Pike Brewing even helped us brew a special beer for the occasion! We build a diverse program around the occasion, including presenting beer history at Windy City Pie restaurant, hop history at The Pine Box bar, and discussing beer’s impact on local communities at the Olympia Tumwater Foundation. And after a tour of Pilchuck’s beautiful campus grounds, we held a panel on diversity and inclusion within the beer industry at Métier Brewing Company, just outside Seattle. 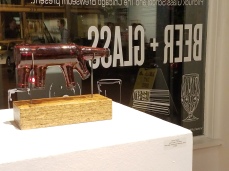 In April 2019, we visited Washington DC to present at the Pop Culture Association annual conference. While there we partnered with President Lincoln’s Cottage, Powers Farm & Brewery, and Rolling Meadows Farm brewery to produce a special collaboration beer, joined Heurich House Museum for a discussion about brewing’s impact on urban development, and visited the National Museum of American History for a quick tour. While in town, we also made sure to stop by the DC Beer Show and Beer Me! radio for a chat. 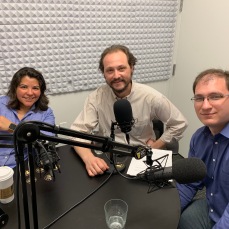 In late 2018 I spoke at a few small breweries to raise funds for the Brewing Up Chicago exhibit. It was enormous fun to share some of Chicago and the Midwest’s most amazing beer histories with these folks!